The Teamwork Technology crew tested successfully their upgraded turbine in Portugal. Symphony Wave Power is testing their main parts under the Encore program before integrating them to the full functioning device. The turbine was operating good at the programmed operational realistic waves as expected.

This summer the power-take-off (PTO) was tested as a part of serial testing before the Symphony wave power system is to be launched and tested at sea. The PTO test setup in Sines Portugal was done under the Portuguese Fundo Azul “Basepoint” program. In this test, the PTO turbine was, not only fully characterized at full power, but also worked in the resonating mode where speed was fully controlled in a sinusoidal motion, while it reverses the flow, and runs to full speed twice every 6 seconds. The test was repeated at 8, 10 and 12 seconds. As all tests in which the turbine will operate offshore were completed the turbine is ready for the next step, in which it will run in combination with the membranes and simulate full motion in a dry-test in the workshop. This work is performed under the under the Encore Project funded by the Interreg 2 Seas programme. These tests are planned early 2022. 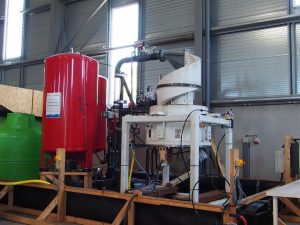 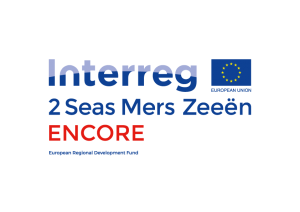